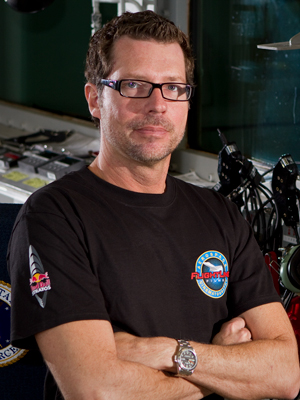 Jay Nemeth has worked as an Aerial Cinematographer since 1984, using various airborne camera systems to produce images for feature films, commercials and documentaries. He also has extensive experience rigging and designing camera systems for everything from light aerobatic airplanes to military fighters and helicopters.

Jay is one of only a handful of Zero-G qualified cameramen, having logged zero gravity flights for various projects including filming Apollo 11 astronaut Buzz Aldrin. In addition to being comfortable in zero and high G environments, he is familiar with the specific camera systems that work well in these conditions.

In 2007, Jay saw the emerging private space programs and created FlightLine Films to not only continue providing the highest quality in Aerial Cinematography, but to also provide Astro Cinematography equipment and services.

Jay explains, “Until now, government contractors have handled the bulk of research & development for space-qualified cameras. The private space sector acts with a ‘faster / better / cheaper’ mentality, and so should the camera systems and crews that document these coming milestones. Furthermore, current space camera systems lag behind state-of-the-art technology due to the time consuming certification process. When a camera is finally qualified, it is usually installed in the flight vehicle and set up by technicians and engineers who may miss the opportunity to capture artful or cinematic images.”

Having a background as a traditional cinematographer, Jay makes all imaging decisions based on producing the most impactful and compelling pictures to tell the story of the mission.

In the quest to keep costs down, commercial off the shelf equipment is tested in a special chamber that simulates the vacuum and extreme cold conditions of space. Many pieces of camera equipment that you would expect to fail, actually work well when tested. Some items must be modified by changing out electronic components that can’t tolerate the hostile environment. Other items that are too complex to modify, are simply placed inside a pressurized housing that simulates the environment on earth, and they function normally. 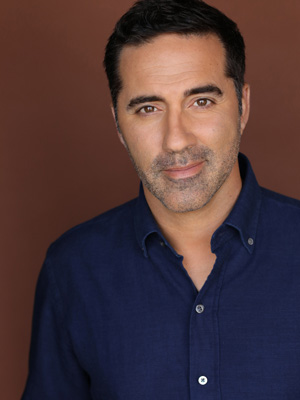 His leadership in Emmy Award-winning projects such as Red Bull Stratos, for which he was Executive Producer & Head of Technical Production and hundreds of other broadcast events - is instrumental in producing world-class, iconic initiatives and events that result in next-level content with global marketing and entertainment impact. 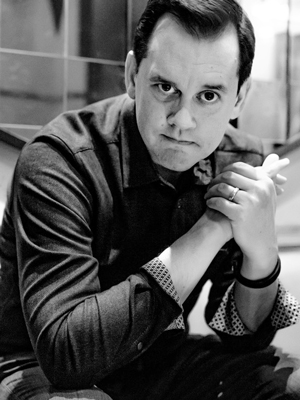 In a company full of world-class technical and engineering talent, Philip leads the creative side, the story side of FlightLine’s films.

Philip Nobert is indeed a storyteller. For over 20-years he’s been producing engaging stories for brands and people across multiple platforms. He’s in it for the consumer. All the strategy, analytics and technology, matter not if the content fails to resonate with its audience. Philip places a high premium on authenticity.

NY born & raised, he earned his chops in journalism, then the ad agency world; building and leading creative teams into the trenches. As a Director, his innate ability to produce comfortable, candid interviews has served his stories (and clients) well.

Among the hundreds of TV spots, live shows, documentaries and brand-driven digital content, Philip executive-produced the launch of the national, in-store broadcast network for Kroger Grocery. He created a feature documentary for PBS on the story of the world’s greatest backing big bands in Vegas’ Sinatra era. He produced a short film with Billy Bob Thornton and a directed a mini-documentary on public schools with Imagine Dragons and Brandon Flowers.

All that said, eyes fixed on the sky, Philip is incredibly enthusiastic about playing his part in telling the dynamic, unfolding stories of space. 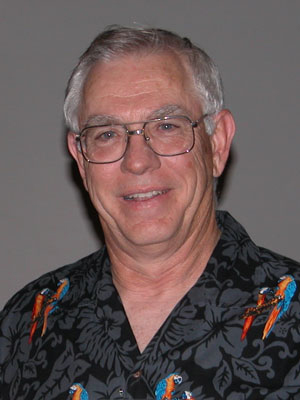 Dennis Fisher has over 40 Years of experience as a Still Photographer, Cinematographer, and Range Optics Manager/Engineer. He began his storied career serving in the United States Marine Corps as a combat photographer with the 1st Marine Division in Vietnam. Later, he would spend 21 years working in management and engineering for the Western Test Range Optical Instrumentation Branch at Vandenberg AFB. He has received national and international peer recognition for his achievements and innovation in the field of Test Range Optics including:

Over the years, he has worked as a technical resource advisor and cinematographer on three commercial motion picture projects: Top Gun, Apollo 13, and Firebirds. He also provided engineering photo support for F&W Emmen in Switzerland for their Dragon missile test program.

Among his many achievements is the concept and development of the Mobile Large Aperture Infrared Telescope System (MLAIR-TS) which mounts two 24” and one 34” aperture telescopes on a specially modified Cine-Sextant mobile track mount.

Dennis has worked with FlightLine Films on the design and implementation of Optics Systems used on our various camera systems. He was instrumental in the design of the JLAIR Optical Tracking units which are the world’s first self-powered Tracking Pedestal/Control Room/Satellite Up-link units integrated onto a single vehicle chassis. He serves as the FlightLine Films Tracking Supervisor on JLAIR operations involving missile and rocket launches as well as high performance aircraft tracking.

His professional affiliations include the Range Commander’s Council/Optical Systems Group. The OSG is the Range community’s center of expertise for optical engineering and documentary photography of DoD Test Programs. From 1979-2006 he served as Vice-Chairman for 3 years, Chairman for 4 years, and established and chaired the Long Range Tracking, Infra-Red, and Test Range Improvement and Standardization Committees. As Vice-Chairman he was responsible for the soliciting and organizing the technical presentations and overall technical agenda. As Chairman he organized and planned the semi-annual meetings for all 26 major Range and Test Facility bases and managed the overall operation of the group. He provided the vision and guidance to bring the group from a film based infrastructure to digital. He was often called upon to answer technical questions from the Pentagon and congressional aides concerning Range optics. 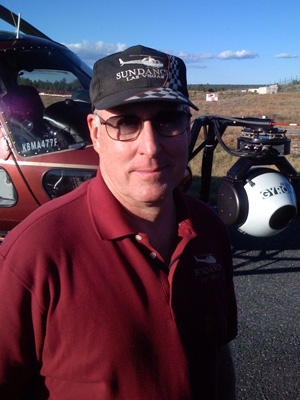 He is a seasoned film pilot having worked as lead pilot on numerous motion picture, video and photography flights for feature films, commercials, music videos, documentaries and industrial applications.

Tom is the FlightLine Films Lead Pilot for all helicopter filming operations, and has worked with our team since 1994. He is skilled not only as a pilot, but also in his ability to “think” like a cameraman, positioning the aerial platform perfectly and delivering unparalleled images. 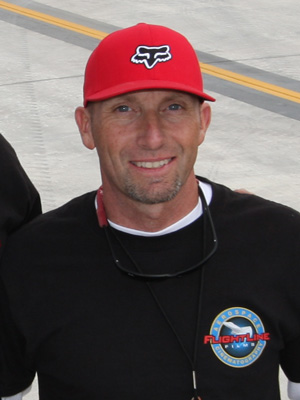 Joel Smith of Las Vegas, Nevada, our Director of Fixed Wing Ops - Camera Technician is a veteran that served in the US Army Signal Corps and TRADOC as a telecommunications specialist. He is a licensed pilot for over 20 years and has held an FAA Certified Flight Instructor certificate for over 15 years.

Not only a US Army Veteran, with over 25 years of leadership and instructional experience,  Joel is a graduate of the College of Maryland with a BS in Military Science and a graduate of the University of Tennessee Professional Pilot Certification Program.

He served in as many as five different management roles within a Part 121 US air carrier while working on large corporate aviation projects including the Boeing 747-400 and the Airbus A-330.

He has extensive team operations experience while supporting several major Part 121 projects for the launch of new aircraft fleet operations.  Joel has International Operations experience and has lived abroad for over six years as well as operating within a US corporation with offices in both Europe and Asia.  He currently holds four FAA Certificates:

Joel has 10,000+ hours of flight time in all kinds of aircraft including high performance experimental aircraft and 3,500+ Simulator Instructor hours in a level D flight simulator. In addition, he is a graduate of the late Bill Kershner’s Basic and Advanced Aerobatics courses as well as the CFii advanced escape maneuvers / usual attitude courses.

Barry W. Green is the author of the highly successful The DVX Book and DVX DVD and The HVX Book, as well as the current The HVX+HPX Book. He is an Emmy®-award-winning producer with four Emmy nominations for writing and producing television commercials and public service announcements. His technical background includes 13 years as a professional computer programmer and producer for Westwood Studios, creating some of the most popular video games in history.

Since leaving the video game industry in 1999, he now writes and produces award-winning corporate and industrial films, commercials, screenplays and films for Fiercely Independent Films Inc. and tours extensively as a public speaker and instructor. He’s an instructor in the HD Boot Camp series of HD training seminars and at the Wounded Marine Career Foundation, and an invited speaker at conventions around the globe including SMPTE Australia, Broadcast India, NAB, and Broadcast Asia.

He also serves as partner and moderator for www.DVXUser.com, one of the world’s largest online communities for filmmakers, shooters, and content producers of all types.

Barry serves as the FlightLine Films Digital Imaging Specialist and is an expert in solid-state video recording systems. His intimate knowledge of the various camera formats makes him well suited for our air and space flown recording systems as well as the optical ground trackers. 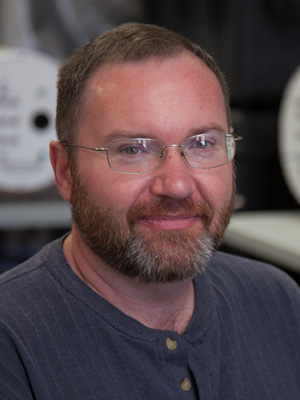 Mitch Schleis has an extensive background in electronics engineering and complex video systems. He is experienced in advanced electronic troubleshooting, investigation and test of digital systems for change over to digital recording, computer programming and operation, and fiber optic design and installation. He has worked on many challenging projects including Avionics and Flight control systems on the F-117A Stealth Fighter.

Mitch is FlightLine Films lead Electronics Engineer. He designs the various controllers required for autonomous or remote operation of airborne and space flown equipment as well as modifying “off-the-shelf” electronics to be space qualified. He also designs and builds some of the operator control systems for the JLAIR Optical Tracking Units and maintains the sophisticated video and processing equipment on board. 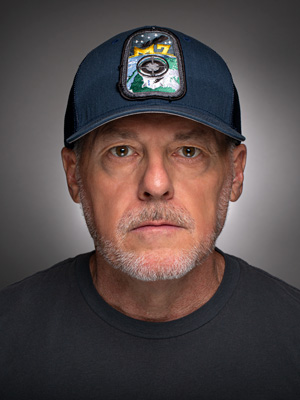 Chris Wessling has an extensive 30 year background in both film and digital imaging. For FlightLine Films, he manages and operates the technical aspects of the high speed digital cinema cameras and serves as project manager for all productions.

In addition to his long range optical tracking camera work, Chris produces all the Production still photography and is FlightLine Films' Designer-webmaster for their internet domain. 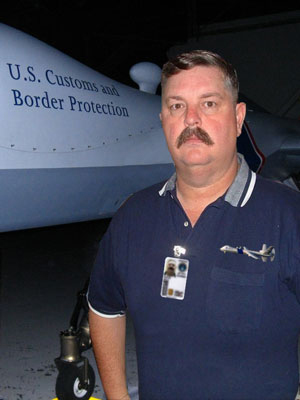 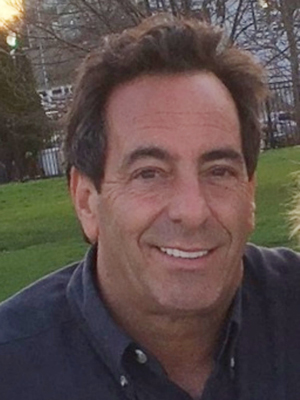 Brian Caruso, President and Owner of Micar Fabrication & Design Company Inc. leads a team of highly specialized machinists and designers who have a long history in the Aerospace field.

Brian and his team at Micar worked with FlightLine Films on the design and then manufactured the three custom pressurized camera housings that will bring back the digital images of Felix exiting the capsule at 120,000 feet. Micar also assisted with the design and fabricated the electronics cage and pressurized keg housing that will protect the other camera components mounted inside the capsule.